Sports that involve twisting or overextending of the knee can cause ACL injuries due to sudden directional change, landing incorrectly from a jump or direct blow to the side of the knee.

What is an ACL Reconstruction?

ACL (anterior cruciate ligament) reconstruction is a surgical procedure to replace the torn ligament with a newly reconstructed ACL . This is achieved by the use of a tendon graft , taken from the patient and anchored in the same position as the original torn ACL. The graft helps restore knee stability. The procedure is performed arthroscopically ( key hole surgery ) and most patients will be able to go home the same day. Any concomitant injuries such as meniscal tears, which frequently co-exist with ACL tears can also be treated at the same sitting .

The anterior cruciate ligament (ACL) is one of the major stabilizing ligaments in the knee. It is a strong rope-like structure located in the centre of the knee, running from the femur to the tibia. When this ligament tears, unfortunately, it does not heal on its own, and often leads to knee instability.

Causes of an ACL Injury

An ACL injury most commonly occurs during sports that involve twisting or overextending of your knee. The ACL may be injured in activities involving:

When you injure your ACL, you might hear a loud "pop" sound and may feel the knee buckle. Within a few hours after an ACL injury, your knee may swell due to bleeding from vessels within the torn ligament. You may notice that the knee feels unstable or seems to give way, especially when trying to change direction on the knee.

Diagnosis of an ACL Injury

An ACL injury can be diagnosed with a thorough physical examination of the knee and diagnostic tests such as X-rays and MRI scans. X-rays may be needed to rule out any fractures.

Mr Taneja focusses solely on the knee in his practice and treats a high volume of sports knee injury cases, including many with ACL and meniscal tears. He uses the latest surgical techniques and will discuss the most appropriate treatment option for you after examining your knee and reviewing your investigations. 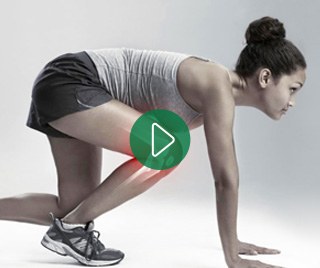